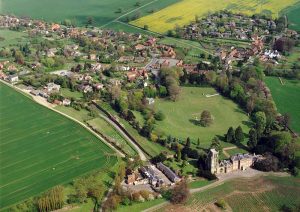 The village of Thurgarton sits on the edge of the Trent Valley some 10 miles from Nottingham city centre, and only 3 miles from Southwell. The parish contains approximately 150 households, with a population of about 450 people.

Thurgarton is an ancient parish, with a rich heritage of historic sites and buildings. Almost the entire village is designated as a conservation area, and includes at least ten listed buildings. The most notable being Thurgarton Priory and St Peter’s Church – the site of an important Augustinian Priory which once controlled large parts of the surrounding countryside. The parish also contains the site of a Roman Villa, an ancient stone sheep-wash, and the site of a small castle or fort. The village also benefits from the presence of a pub, a Methodist Chapel and a Village Hall.

The village is served by a regular bus service to Southwell and Nottingham, and has its own railway station on the Newark Castle/Nottingham line a short distance from the village.